“We approached Crow initially because we were interested in starting a Rock Climbing Program out here on the prairies, but we never got off the ground.  And Crow… sorry, SouthWestern Alberta Bible Camp has a terrific rock climbing program,” Jon Gartly, Southern Alberta Bible Camp Director said. “Then we got a look at the place, and it’s really nice - surprising, considering the rather scraggly volunteer staff. We’ll polish those ragtags up, and the whole thing will become a perfect match for the SABC family of camps.“

Following several rounds of mediated negotiations and a surprise stock option transfer initiated by SABC’s acquisition team, talks for the camp formerly known as “Crow” were suspended, and the transaction was completed as a hostile takeover.

The transition brings new synergies at a critical juncture, as well as an influx of cash and foreign investment capital to camp. These funds will be directed towards a wakeboarding cable park on Crowsnest Lake which will operate year ‘round; a frozen yogurt stand (seasonal); and an entirely new line of camp-related merchandising opportunities (mostly Yoga Pants, in partnership with Lululemon.)

Using a bilateral cash-for-equity scheme, the acquisition team have opened the floodgates to new private and corporate partnerships, including Seadoo “an ocean of adventure”, and Yogen Fruz “feelz the fruz”.  Silent partner SoftBank will provide bridge financing and credit market liquidity during the transitional period, as the Cosy Cnest Cabins facility is converted to a Tesla Supercharge Station.

David Graham, Director of the camp formerly known as Crow was quoted as saying, “It wasn’t about the money... Really, it was about the SeaDoos. Those SeaDoos are so much fun, and they are crazy expensive.”

Daniel Vanderpyl, the Director of Outdoor Programs was in agreement, saying “I didn’t expect to like [the contractually required Lululemon] yoga pants. But I do. I really do!”

Randy Demman, the Facilities Manager, is excited, because “The Boring Co. Tunnel© between the metal building and the lodge will keep my hair fresh on those windy days!”

Rachel Brouwer, our registrar, loves the new plan of moving toward being a ‘smart camp’, with digitization of everything: “Virtual reality outtrips will be safer than the outdoor ones; app-based wide games allow for everyone to get involved from the comfort of their bunks!”

Bronwyn Schulz tells us “My favourite camp game has always been Beads: Private Equity. This is like that, but more real, and legally binding. Am I sorry that Crow will no longer exist? Sure. But who can turn down an employee discount on lulu? NOT ME!!”

Lois Timms says “"When I heard the plan was to sign up for 900 free HelloFresh.ca trials, I was skeptical. But when you drill down to the details, the math all checks out."

Andrew Legg, Mountain Site Director was similarly enthusiastic: “Aside from the new highway billboards, amusement park, mountain site shopping mall, and a host of new interactive pay-to-play experiences, I doubt the campers will even notice the change!”

[The FUTURE of camping at SwABC]

Naturally this new venture will involve the migration to all activities being available in simu-virtual online programming. We seek to: ‘Speak to the whole person’ just not in person. With our not-in-person digitally augmented offerings we see camp expanding to an infinite reach within the bounds of Southern Alberta. With the recent success of our ‘Bunk Sleep’ app which emits rude noises followed by peels of pubescent laughter throughout your evening’s sleep, we anticipate a big surge on the adoption of our multi-tiered offerings. We have paired with twin tech giants DiningHaul.com and Outhaus.org to augment the summer camp experience by digitally addressing both the challenges of food preparation and waste management and moving them to an entirely online format.

2021 Camp Registrations for SouthWestern Alberta Bible Camp will open as usual in March, with registration forms exclusively available* at all Yogen Fruz and Bombardier / Seadoo authorized dealerships across Western Canada (*with purchase).  Behold, a new horizon of possibilities at SouthWestern Alberta Bible Camp, and keep posted for the upcoming release of our own new Crypto Currency - SABCoin. 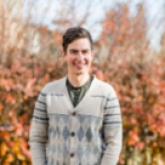